Home What To Do Attractions Deadwood PBR 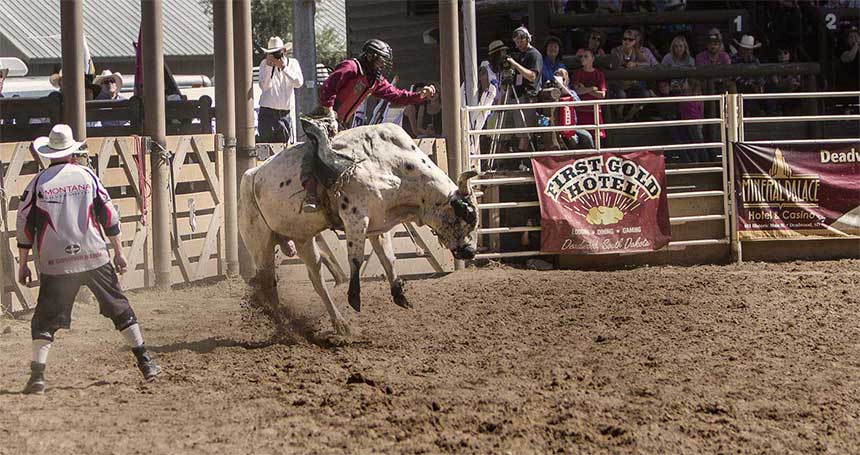 The Deadwood PBR offers the same elite bulls and bull riders you see on your television every weekend. Bull riders such as Matt Triplet, Gage Gay, Mason Taylor and Chase Outlaw (just to name a few) as well as 9 time stock contractor of the year Chad Berger Bucking Bulls. This will be the ultimate showdown at the Deadwood PBR Touring Pro Division.

When you think of bull riding many things come to mind but picture this, a 2,000 pound bovine being conquered by a man with no fear. This is part of the tradition of Bull Riding! The cowboys that carry on this tradition are known as the gladiators of the arena, the bull riders of the PBR, and they come to Historic Deadwood, South Dakota each year in June! These two elements created this event. Bull riding is one of the most extreme sports known to man and the best of the best belong to the Professional Bull Riders. In the world of professional sports this event brings the top bulls and the top riders to fans all over the country.

This event is produced by Libby Productions. Libby Productions specializes in producing bull rides across the great North West such as the Deadwood event and the Bull Thing PBR Touring Pro.