History is being made tonight in Deadwood!

Deadwood is gearing up for a history making fight. This evening, the first world championship boxing fight to ever happen in the state of South Dakota will take place at the Deadwood Mountain Grand. The boxing card is loaded up and fans are eagerly waiting for the doors to open at 5 p.m.

With its rough and tumble mining town past, Deadwood is a natural fit for a fight of this magnitude. Former unified world champion Julius Indongo will meet the undefeated contender Regis Prograis in the ring and the two will attempt to go for knock-out gold; the vacant Interim WBC Super Lightweight World Championship title.

“I know that Regis is a very strong fighter, but my team and I have a game plan that I am confident in and I think that we will get the win,” Indongo said during Thursday afternoon’s weigh-in at Santana’s Bar inside of the Deadwood Mountain Grand.

Ivan Baranchyk and Peter Petrov will also face off in the DMG ring tonight after Baranchyk’s planned opponent, Anthony Yigit, had to step out.

“My training has been good,” said Petrov. “The late notice should not affect me, I am always in the gym and always in good shape. I trained in Spain for six weeks before coming here, so I am 100% ready for this fight. It was an easy decision to take this fight.”

Fighters appeared eager during the weigh-in, and the late change did not appear to have shaken Baranchyk in any manner.

“My opponent doesn’t matter, the late change won’t affect me. I am ready to fight whoever they put in front of me. My game plan is the same, I am going to come out strong, aggressive, intelligent and win the fight. Petrov is a good fighter but this is a good matchup for me,” said Baranchyk. “I think it’s going to be a tough fight. Petrov is a good fighter with a lot of experience who has had a good career. But I have a long future ahead of me, too.”

The winner of the duo’s face off will claim the #2 position in the IBF junior welterweight world rankings.

At the risk of being cliché; Deadwood, let’s get ready to rumble! 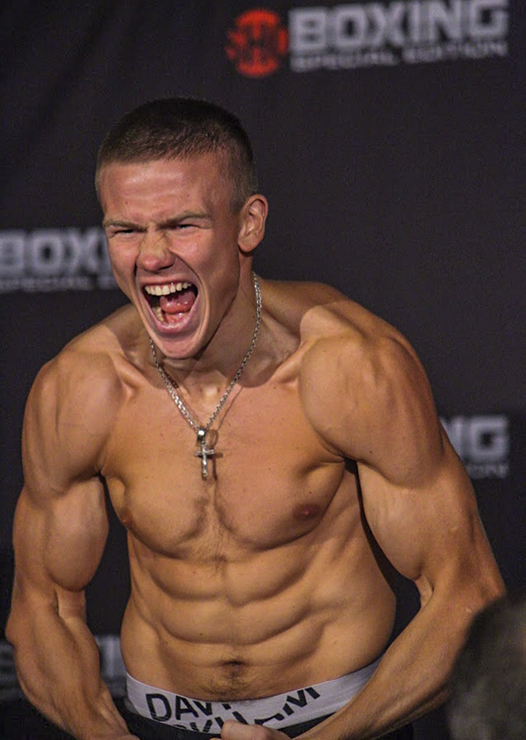