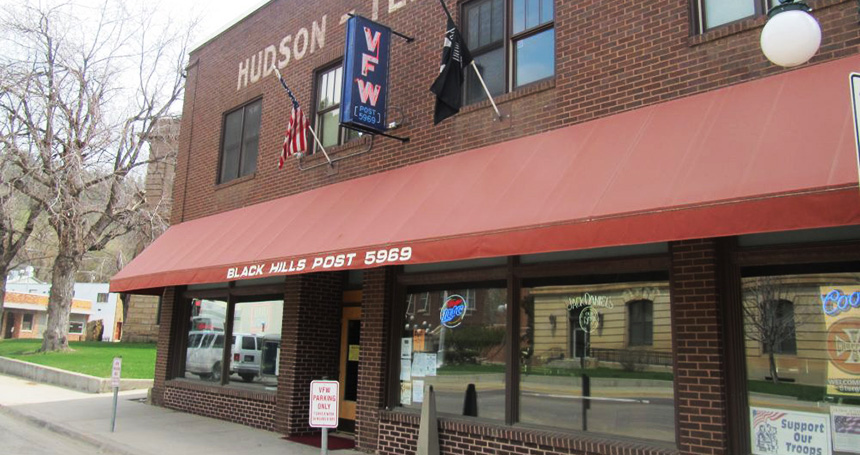 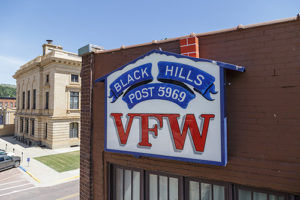 The Deadwood VFW is chartered as a subordinate unit of the Veterans of Foreign Wars of the United States which is headquartered in Kansas City MO.

Veterans of Foreign Wars, Black Hills Post 5969, Inc. was chartered on February 24,1946, and located in Deadwood SD. It’s auxiliary, known then as the “Ladies Auxiliary”, was chartered on November 7, 1946. Beginning in 2016 the “Auxiliary” was opened for male applicants who qualified for membership and the unit name was changed to reflect this.

The VFW post is located at 10 Pine Street in Deadwood and has been at this location since 1965. Prior to 1965 the Post could be found on Lee St. in Deadwood where the current Holiday Inn Express is located. The VFW was one of many businesses located in that block.

The VFW’s Mission is: To foster camaraderie among United States veterans of overseas conflicts. To serve our veterans, the military and our communities. To advocate on behalf of all veterans. 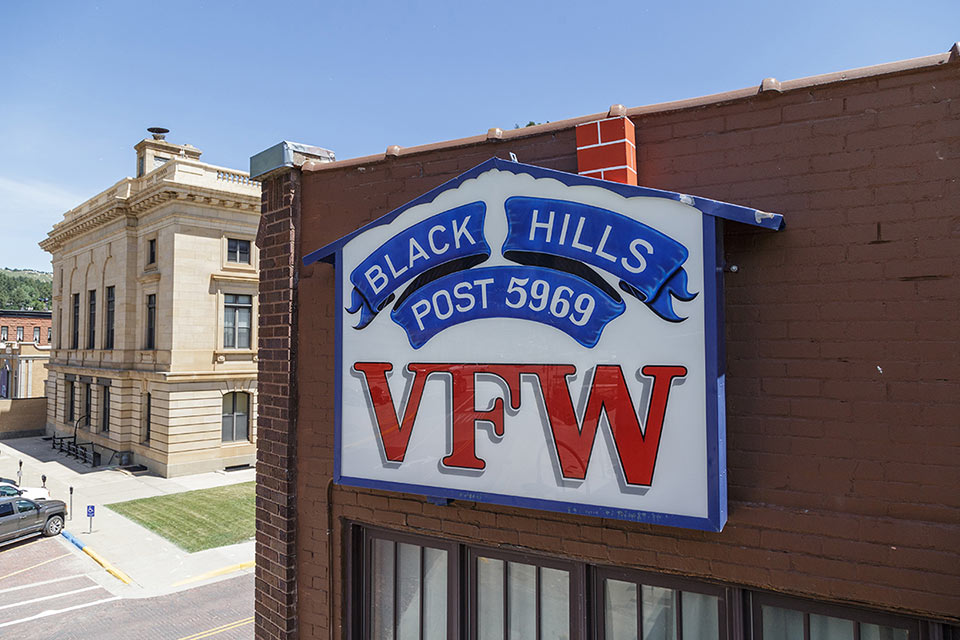